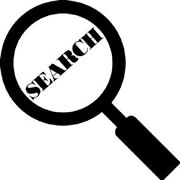 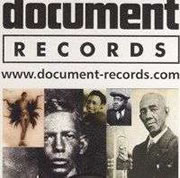 Join us at the Document Records
Facebook page for latest

Do you have records or
recordings, images, documents
or ephemera that could become
part of the Document Records
Project? Click here.

Over 25,000 recordings
available for license from the
Document Records Catalogue; for film, TV, advertising, albums etc. 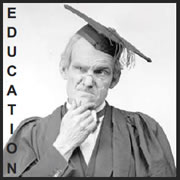 We offer special rates for
Schools, Colleges, Universities,
Museums and any other
institutions of education or
research. 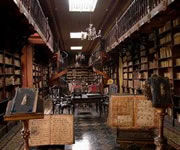 The Document Records
Archive: Articles, Reviews,
Items from The Attic, A History of Document and many more
gems...

Author Paloma Alcala explains that this article as been some time in the making, she says "This article was created as a response to a list of current blues musicians put out by, ahem, another blues-related publication. I and the rest of the Document team were disgusted by the fact that this other publication’s list was over 90% white, despite the fact that blues music comes from Black American culture. Not only did blues originate in Black culture, but to this day, an incredible community of Black American artists, including but not limited to the twenty-one featured in this article, continue to bring this century-old genre into the present and the future. These artists deserve respect, they deserve recognition, they deserve streams and purchases and merch sales. That’s why I wrote this article. I hope you enjoy reading it, I hope it helps you discover some new favorite artists, and I hope you support them in any way you can!"

This is not an exhaustive list of current blues musicians. For one thing, we could only feature so many, and the list could potentially include hundreds or even thousands of artists. For another, we wanted to focus on Black American artists, who are working within the culture where blues music originated. If you know of someone who could be on this list, but who isn’t, please share their name in the comments. Thanks!

Document Record’s mission began in 1985 when a band of collectors and enthusiasts from around the world vowed to recover, restore, and re-release in chronological order, the complete recorded works, of the majority of Afro American artists and recordings made on cylinder and 78rpm records from the 1890s to the mid-20th century. These recordings are primarily Blues, Gospel, Jazz, Sermons and Spirituals. Each album is presented in chronological order with scholarly notes and full discographic details. It is an ongoing undertaking unlike no other already comprising of thirty thousand plus titles.

Latterly Document was honoured by The Blues Foundation in Memphis citing Gary and Gillian Atkinson as the winners of the prestigious Keeping the Blues Alive award.

In addition, Document has also reissued a large catalogue of American Old Timey (Country, Hillbilly) recordings from the 1920s . These titles can be found in our 8000 series.

There are also “special projects”, which appear on the 32-20 series and these include albums complimenting the books by Paul Oliver. Document also specialises in themed Christmas and Halloween albums:- vintage recordings , of course.

2017 saw the opening of The Document Records Store on-line retail outlet where over a thousand albums of amazing, historical recordings can be accessed and are available for purchase, as CDs or as Downloads.

From here, at the Document Records website, you can license our music, contact our Copyright Research Specialists or simply drop us a line. 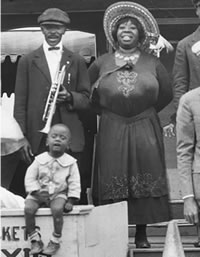 Far from fading into obscurity she continues to shine on through her music and a handful of tantalising images. This recently found image headlines our new blog article below

Dubbed 'The Mother of the Blues’, it seems to us that, she appeals to all classes, creeds. colours and sexualities.  We first reissued her complete recordings in the 1990s and we don't tire of playing them.

10 Prison Songs from the Document Catalogue 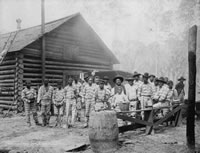 Today's Blog post comes from D'Arcy  our Social Media Manager. He has chosen and  discusses 10 Prison Songs from the Document Catalogue.  We tried to boost the original posting but it was rejected by Facebook  because it contains sensitive " social issues " that might influence people !!

Has the situation improved since these songs were written and performed ? Well maybe but The United States has the largest prison population in the world, and the highest per-capita incarceration rate. Despite the incarceration rate for African Americans steadily dropping according to the U.S. Bureau of Justice Statistics (BJS) in 2018 Black males accounted for 34% of the total male prison population, white males 29%, and Hispanic males 24%.

According to Michelle Alexander’s The New Jim Crow “more African American adults are under correctional control today…than were enslaved in 1850.”

‘Searching Secret Heroes – The Making of a Film’

The circumstances in 2012 of the unexpected meeting in between UK independent record company MD, Gary Atkinson and American, internationally renowned music historian, author and record producer, Samuel B. Charters, on a single-track lane, in rural southwest Scotland, was extraordinary enough. Later, once the two men had got over the surprise of meeting each other, Gary asked Sam about an LP that he had bought, back in 1970, when he was a young teenager. The vinyl LP was the soundtrack of a film, simply called “The Blues”, that Sam had made in 1962, with the assistance of his wife, author and photographer, Ann. This was to become the first film documentary to have been made, which focused exclusively on the blues and some of the musicians that sang and played it.

There was the LP but what had happened to the film? Sam explained that only three or four copies were made and it was never commercially released…, until now.

Sam returned, the following year, with his wife, Ann, bringing the film with him. During their weeks’ stay, Gary took the opportunity to have the couple filmed as they told the astonishing and moving story of how the film came to be made over fifty-eight years ago.

Told in Sam and Ann Charters’ own words, ‘Searching for Secret Heroes’ is the true story of a young couple who left their home in New York with their pioneering idea to try and capture the essence of the blues; what it represented to those that sang and played it and to their wider society in the Southern States of the USA.

Discussed are the reasons and ideas that led towards the making of the film, ‘The Blues’, the excitement of preparing for the adventure, the experiences of being in the homes of the musicians and communities from where some of this music came from and then the shattering truth that they witnessed, something that was a matter of everyday life for a black person living in the segregated south, in the early 1960s.

Filmed in colour, ‘The Blues’ was the first film to be made on location at the homes of, veteran, figures from the Halcion days of “pre-war” blues recordings; Furry Lewis, JD Short, Gus Cannon, and Pink Anderson, in addition Sleepy John Estes is filmed only days after his re-discovery. Following a tip off from Pink Anderson, Baby Tate is recorded for the first time. None of these musicians had been filmed before and for some, this was to be their only filmed legacy.

‘The Blues’ is a pioneering milestone of film documentation, which explores the context in which this music was made and performed and is presented here, in its entirety, for the first time.

In addition to music found in the film, the accompanying CD presents some of those “pre-war” recordings. In addition, are the recordings that were made by Sam and Ann of the St. Louis bluesman Henry Townsend. These recordings include performances and an interview in which Henry tells of meeting the legendary blues musician Robert Johnson. Though they were made during the making of ‘The Blues’, they never made it to the final cut and are presented here for the first time.

DVD: 78 mins with interviews of Sam and Ann Charter PLUS complete “The Blues” film.
CD: 20 tracks including music from the film, including Henry Townsend out-takes, PLUS pre-war recordings of veteran artists featured in the film.
BOOKLET: 24 page, illustrated, booklet with notes by Gary Atkinson, Bob Groom and Larry Hoffman. 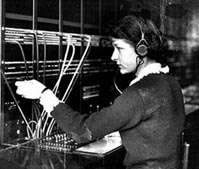 GDPR compliance: We have updated our Privacy Policy where necessary to comply with requirements of General Data Protection Regulation (GDPR) which is the European Union data protection law that goes into effect May 25, 2018